Transgender athletes want to participate in school sports for the same reason as anybody else: to find a sense of belonging and social engagement, to be a part of a team, and to challenge themselves. But states and schools across the country are trying to exclude trans people from enjoying the benefits of sports on equal terms with their cisgender peers. Not only do these proposed laws discriminate against trans youth in ways that compromise their health, social and emotional development, and safety, they also raise a host of privacy concerns.

The organizations leading these attacks on trans athletes’ rights are the same organizations that pushed false myths about trans people in restrooms. Just like it was never about restrooms, today’s fight is not about sports. It’s about erasing and excluding trans people from participation in all aspects of public life. It’s about creating “solutions” to “problems” that don’t exist and, in the process, harming some of the most vulnerable young people in the country. Meanwhile, leading advocates for women’s sports support inclusion of women and girls who are transgender and warn that these efforts will ultimately harm all athletes in women’s sports.

"I Just Want to Run"

Lindsay is a college student at Boise State University. She wants to run on the track team because she loves to run, and loves the experience of building friendships and solidarity with her teammates. As a girl, Lindsay’s only option is to run on the girls’ team, but a new law in Idaho would ban her from doing so because she is transgender. Lindsay sued in 2020 and is represented by the ACLU and the ACLU of Idaho, Legal Voice, and Cooley LLP. For updates on Lindsay’s case, visit the Hecox v. Little case page. 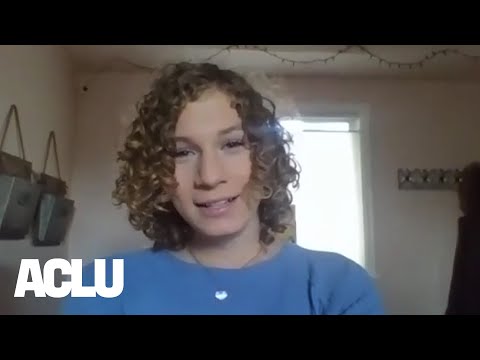 Andraya is a recent high school graduate who ran on her school’s girls’ track team. A lawsuit was filed against her school and the state of Connecticut by cisgender students who did not want to run with transgender students. The ACLU and ACLU of Connecticut joined the lawsuit on behalf of Andraya and Terry Miller, another student. Both Terry and Andraya have graduated from high school and no longer compete in track, but anti-trans groups are suing to take away any record of their past achievements. For updates on Andraya’s case, visit the Soule et al v. CT Association of Schools et al case page.

Trans athletes — particularly Black trans women — face systemic barriers to participation in athletics and all aspects of public life.  This exclusion contributes to the high rates of homelessness, suicidality, and violence that Black trans women and girls face.

The attacks on trans student-athletes are rooted in the same kind of gender discrimination and stereotyping that has held back cisgender women athletes for centuries. Transgender girls are often told that they are not girls (and conversely transgender boys are told they are not really boys) based on inaccurate stereotypes about biology, athleticism, and gender. In reality, trans women and girls have been competing in women’s sports at all levels around the world. Despite the hundreds if not thousands of trans women competing, only a handful have had any success at the high school and collegiate level. And women’s sports have continued to grow and thrive in states with policies that allow trans student athletes to compete.

In 2020, 18 states introduced legislation that would ban transgender student athletes from participating in school sports. As of February 2021, 24 states have introduced similar legislation. 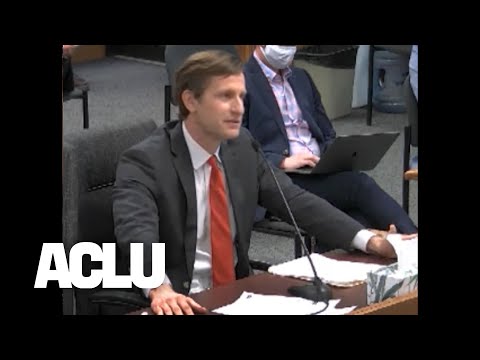 Idaho was the first and only state to pass such a ban. In August 2020, a federal judge blocked Idaho’s law targeting transgender student athletes, recognizing that “it is not just the constitutional rights of transgender girls and women athletes at issue but … the constitutional rights of every girl and woman athlete in Idaho.” The Ninth Circuit Court of Appeals is expected to hear arguments in May in the appeal of the lower court’s decision and could rule any time after that. Briefs in opposition to this law and in support of transgender student athletes have been filed by women’s rights groups, medical experts, athletes, and coaches.

On Jan. 20, the Biden administration issued an executive order aimed at addressing discrimination against LGBTQ people. Recent polls indicate this order is the most popular policy enacted by the administration in its first week.

Biden’s order restored protections — it did not introduce new ones. Chase Strangio, the ACLU’s deputy director for trans justice, explains:

Contrary to a trending hashtag on social media and the polemics of a few loud voices, President Biden most certainly did not “erase women” — whatever that means. By stating the administration’s intention to follow Supreme Court precedent and federal law, at core all the newly-elected president did was lay out what the law is and agree, unlike his predecessor, to follow it. That includes, as the order makes clear, ensuring that “[c]hildren should be able to learn without worrying about whether they will be denied access to the restroom, the locker room, or school sports.”

Here’s what organizations that have fought for women athletes have to say:

The false rhetoric taking hold is a distraction to the real threats to girls and women in sports, such as lack of Title IX understanding and compliance; inequity in compensation, resources, sponsorship, and media attention; harassment and abuse of female athletes and women working in sports, the list goes on.

Additionally, history and modern experiences show how [Idaho’s anti-trans law] will disproportionately harm Black and Brown women and girls. Black and Brown women and girls are routinely targeted, shamed, and dehumanized for not conforming to society’s expectations of femininity … By allowing coaches, administrators, and other athletes to become the arbiters of who “looks like” a girl or a woman, [this law] will rely on and perpetuate racist and sexist stereotypes.

National Coalition for Women and Girls in Education

NCWGE supports the right of transgender and nonbinary students to learn in a safe, nondiscriminatory environment; to use names, pronouns, and identification documents consistent with their gender identity; to have full and equal access to sex-separated activities and facilities consistent with their gender identity, including athletics teams, bathrooms, and locker rooms; and to have their privacy protected in all education records, in accordance with Title IX, the reasoning in the Supreme Court’s Bostock decision, and President Biden’s Jan. 20, 2021 executive order.

Equal participation in athletics for transgender people does not mean an end to women’s sports. The idea that allowing girls who are transgender to compete in girls’ sports leads to male domination of female sports is based on a flawed understanding of what it means to be transgender and a misrepresentation of nondiscrimination laws.

There is no place in any sport for discrimination of any kind. I’m proud to support all transgender athletes who simply want the access and opportunity to compete in the sport they love. The global athletic community grows stronger when we welcome and champion all athletes — including LGBTQ

On this year’s #NationalYouthSportsDay, the @ACLU and I are calling on the @NCAA to relocate championship events from Idaho after the state passed HB 500, which bans trans youth from participating in high school athletics. Say it with me: trans people belong in sports. pic.twitter.com/YwpQhBFNc5