RALEIGH, N.C. - In a victory for people seeking abortion care, the U.S. Fourth Circuit Court of Appeals upheld a lower court’s decision to strike down an abortion ban. The law banned abortion after 20 weeks of pregnancy, except in narrowly defined instances of medical emergency. The court rejected the state’s claims that abortion providers did not have standing to challenge the law. The court’s opinion can be read here.

Abortion access in North Carolina is already limited, especially in rural areas, due to numerous ongoing political attacks on abortion. For example, during former Governor McCrory’s tenure, many abortion facilities across the state were shut down, leaving 91 percent of North Carolina communities without an abortion provider.  The federal Appeals Court acknowledged that during the pendency of this lawsuit, “North Carolina has enacted legislation to restrict the availability of abortions and impose heightened requirements on abortion providers and [people] seeking abortions” (Bryant et al. v. Woodall et al. Opinion, June 16, 2021, p.15).

Irena Como, senior staff attorney for the ACLU of North Carolina, issued the following statement about the decision:

“Denying people access to abortion can have serious physical, economic, medical, and psychological consequences, especially for Black and Brown people and their families who already face additional hurdles in accessing abortions.

“While today’s decision does not address these disparities in abortion access across North Carolina, it represents an important win amidst ongoing efforts by state legislators to further chip away at abortion access. We should celebrate this decision by continuing to protect access to constitutionally protected abortions for all.”

The case, Bryant et al. v. Woodall et al., was filed in the U.S. District Court for the Middle District of North Carolina by the Center  for Reproductive Rights, Planned Parenthood Federation of America, the American Civil Liberties Union (ACLU), and the ACLU of North Carolina on behalf of various abortion providers in the state and their patients seeking abortions. 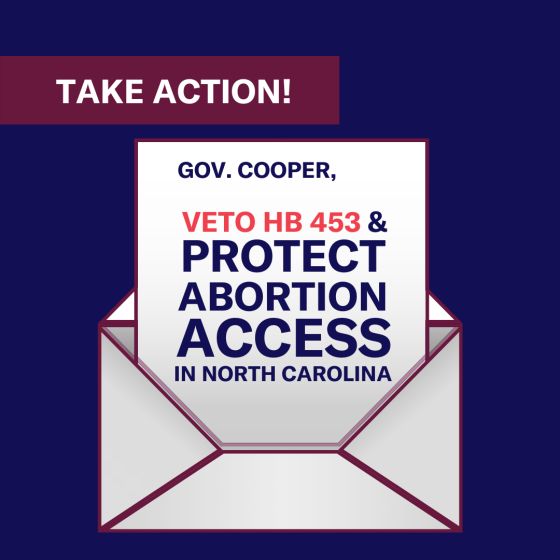 An Outright Reversal of Roe V. Wade Isn’t All We Should Fear

A Major Victory for Reproductive Freedom in North Carolina