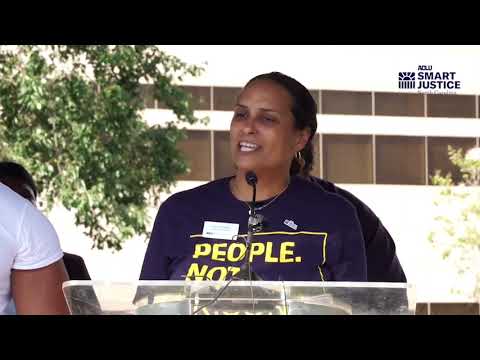 As we reel and brace for the impacts of the Supreme Court decision to overturn Roe v. Wade and other decisions that limit civil liberties, we are once again faced with the imperative of protecting the vote for all members of our communities. This year, the ACLU of North Carolina has worked to ensure that voters are informed of the stakes of their ballots and has challenged the various methods of voter suppression that disproportionately rob Black and Brown communities of their voices and participation in the democratic process.

The suppression of Black voters, especially, is alarming and has immeasurable consequences on our communities – as we have seen, empowering and protecting Black voters has saved democracy, so, we can imagine what disenfranchising Black people can lead to. Black voters have a personal stake in voting for their communities through supporting civil rights expansions, investment in communal resources, and divestment from prisons and police; in short, more Black voters means a more perfect union. The targeted suppression of Black voters and other voters of color shows how far we are from an inclusive democracy – per Frank Baumgartner’s report on disenfranchisement in North Carolina, although Black people comprise approximately 22% of the state’s population, they comprise approximately 42% of people disenfranchised while on probation or post-release supervision.

Recently, Forward Justice, in coalition with directly impacted leaders, and Emancipate NC, Community Success Initiative, NC Second Chance Alliance, the NC Justice Center, and the ACLU of NC’s Campaign for Smart Justice has secured another enormous victory – securing the vote for over 56,000 North Carolinians. We are thrilled to announce the result of a 2019 suit on behalf of ten plaintiffs that alleged that the felony disenfranchisement law violates provisions of North Carolina’s constitution, especially the equal protection clause, freedom of speech and assembly, ban on property qualifications, and most obviously, the free elections clause. Effective July 27th, 2022, any North Carolinian on probation, parole, or post-release supervision is immediately eligible to register and vote in North Carolina, marking the largest expansion of voting rights since the 1960’s Voting Rights Act.

Our elections are for us. We have followed the lead of directly impacted, formerly incarcerated, Black people to make this true. To celebrate unlocking the vote for over 56,000 North Carolinians and to empower our people to vote for the communities they would like to live in, we are kicking off the ‘Unlock Our Vote Freedom Summer’ campaign to begin work across the state to register more than 56,000 newly eligible voters. This work began on July 27th with a kickoff event at the Halifax Mall in Raleigh – be on the lookout for other opportunities to celebrate the vote and continue to defend a pillar of our democracy.

Voter suppression takes a variety of forms and intentionally keeps people from voting for the kinds of initiatives, practices, and policies they want to see enacted within their communities. We are continuously fighting for the vote for minoritized and marginalized: through our policy and advocacy work to inform Wake County voters on the stakes of the District Attorney and Sheriff’s races in May; and through our legal work to hold Graham Police Department officers accountable for their violent attack on a march to the polls, which dissuaded many participants, many of whom were Black and elderly, from casting their votes.

The fight to protect the vote, and by extension our civil rights, continues – we hope you’re with us.