Today North Carolina lawmakers announced plans to introduce a bill that would place a constitutional amendment on the November ballot “to require voters to provide photo identification before voting,” a requirement that could make it more difficult for thousands of North Carolina voters to participate in elections.

Make no mistake. This is the latest in a long line of measures North Carolina legislators have pushed with one clear goal: to suppress voter turnout by making it harder for some of our state’s most marginalized voters, particularly people of color and those with low income, to participate in the democratic process. Once again, North Carolina lawmakers are trying to rig elections through shameful partisan tricks, rather than taking steps to ensure that every eligible voter is able to cast a ballot that counts.

It's time to take action. Contact your representatives right now and demand that the right to vote is protected for all.

North Carolinians are tired of these blatant and discriminatory power grabs from politicians who keep trying to rig the system and turn back the clock on voting rights. The latest bill does not define what types of ID would be acceptable to vote -- likely leaving that decision up to the legislature, if the measure became law. The last time NC lawmakers passed voter ID and other restrictions, a federal court struck it down, finding that by allowing forms of government ID disproportionately used by White voters, but disallowing those disproportionately used by Black voters, the law targeted Black voters "with discriminatory intent" and "almost surgical precision."

It’s time to say enough is enough. Voter suppression – past and present – is a shameful Jim Crow tactic that fuels the dangerous rise in white supremacy and racial injustice we are witnessing across the country. There is no place for it in North Carolina in 2018.

Contact your representatives and tell them to oppose voter ID today. 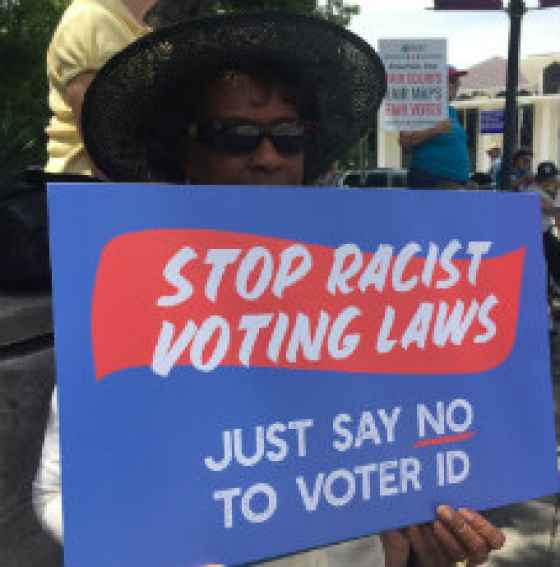 Midterm Elections: How These Offices Impact Your Rights