Op-ed: The settlement over a police ambush in Charlotte still leaves me unsettled 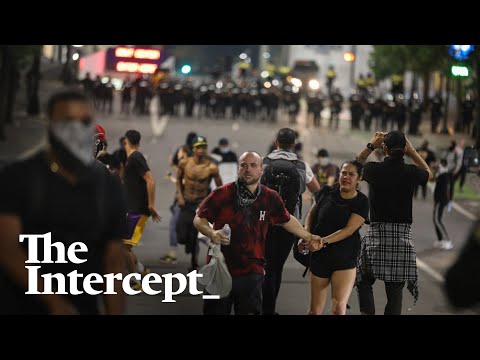 I will never forget the night of June 2, 2020. What started as a peaceful protest in uptown Charlotte turned into an attack on the people by the Charlotte-Mecklenburg Police Department that was premeditated and well executed.

That awful night was an affront to our constitutional rights to protest and a demonstration of the extreme and egregious response police apply to Black and Brown people. Community members gathered to protest police violence against Black folks when police used calculated and militaristic violence against us.

I remember walking up Fourth Street toward College Street and seeing officer after officer get off city buses and run up to block the intersection. I had no idea that what would happen in the next minutes would change me and everyone in that crowd, forever.

Last week, the lawsuit filed to prevent CMPD from brutalizing people who demand justice was settled. CMPD will no longer be able to deploy tear gas or use chemical munitions to trap people, as they did on June 2. They must give clear dispersal orders in English and Spanish that allow people time to disperse and assist people in finding exit routes.

I feel conflicted. Even though we negotiated better treatment of protesters, lawsuits can’t get to the heart of the issue — what police are trained to do.
When advocates and policymakers began suggesting solutions like citizen review boards, it fed into the “bad apple” narrative around police brutality. But the stark reality is that the brutalization and dehumanization of mostly Black and Brown people happens all too often in this country.

Incidents of brutality are not isolated; they represent a willful pattern and practice. Not only do they enforce the carceral state that punishes and harms with impunity, but they do so with too little transparency or accountability.

These tactics to suppress free speech and bodily autonomy are immoral and unconstitutional — and they aren’t without consequence. The trauma caused by police violence reverberates into the future. Every time I return to where we were kettled. I have to take a deep breath to ground myself because I can still hear the screams of people who were terrified, I can still smell the chemical munitions and feel the suffocation ripping through my lungs. I can still see the panic in the faces of strangers.

I remember the fear I felt having to choose to stand in tear gas or run towards police who were shooting rubber bullets and flash bangs. It was like a scene from a war movie except we weren’t actors. It was real and we were — and are — part of this city and country.

Locking people in cages does not help us build the healthy, stable communities we want. Neither does relying on police to discipline and punish, rather than protect and serve their communities.
Our reliance on police to impose a carceral state doesn’t foster the kinds of accountability, cooperation, and trust that are needed to create a safe, thriving community.

What if we got together with our neighbors and created systems of support for each other? We are capable of keeping each other safe. Our dependence on policing is keeping us from creating safe communities.

The following op-ed was written by Kristie Puckett-Williams, statewide manager of the ACLU of NC's Campaign for Smart Justice, and originally appeared in the Charlotte Observer on July 28, 2021.