On March 22, 2021, several Republican members of the N.C. House of Representatives introduced House Bill 358 (HB 358), proposed legislation that would prohibit public and private schools and universities from allowing transgender girls and women and intersex people to play sports on segregated teams with cisgender girls and women.  The ACLU of North Carolina condemns HB 358 and calls on state lawmakers to do the same.

HB 358’s introduction comes almost five years to the day after the N.C. General Assembly passed HB 2, a law that sought to bar transgender people from public spaces and prevent local governments from adopting civil rights protections for anyone.

Additionally, HB 358 is part of a coordinated effort across the country to make trans, intersex, and gender-nonconforming youth political targets. At least 28 other states have similar bills moving through the legislative process.

Legislation seeking to ban transgender youth from participating in sports is part of an extreme agenda that seeks to eliminate trans, intersex, and gender-noncomforming people from public life.

North Carolinians deserve better than to have elected adults villainize the existence of young people to advance a discriminatory political agenda.

The ACLU of North Carolina will work inside and outside of the halls of the general assembly to stop HB 358 from becoming law. 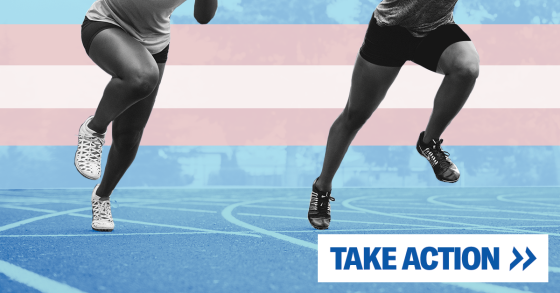 ACLU Demands End to Discriminatory and Inhumane Treatment of...

ACLU of NC Statement on Bill that Would Target Teachers and LGBTQ...