What Clemency Would Mean For People Like Larry Allred.

Larry Allred was arrested when he was twenty-years old. He is now forty-four years old and has 30 years remaining on his 47-year sentence. Larry would be free now if he had taken a six-year plea deal in 1997. Instead, he chose to fight for his innocence.

In the years that he has spent behind bars, Larry’s children have grown up and had children of their own who have yet to meet their grandfather. His mother, who spent tens of thousands of dollars on attorneys who mishandled Larry’s case and would later be disbarred, is still hopeful that she will get to see her son walk free one day.

Larry is a victim of our racist criminal legal system and the COVID-19 pandemic. Larry was infected with COVID-19. He was transferred from one prison to another for medical care, but his care was still inadequate.

It’s not surprising that Larry was exposed to COVID-19 while incarcerated. The infection rate in North Carolina’s prisons is currently hovering at 17 percent compared to the statewide rate of seven percent.

Advocates call for decarcerating the state’s prisons in the courts and through executive action from Governor Cooper, but we must examine how we ended up with more than 30,000 North Carolians behind bars. One cause - mandatory minimums.

Mandatory minimum sentencing keeps people like Larry in prison for far too long. Locking people up and forgetting about them for years and decades harms families, communities, and is a disservice to our state.

We can save lives by  releasing people from prison during this pandemic, granting pardons of innocence to those who were wrongfully convicted, and granting clemency to so many who are deserving of another chance. Without doing so, long sentences may become death sentences, and that cannot be allowed.

So what would it look like if Governor Cooper granted clemency for Larry Allred?

Larry reunited with Kenyatta, his childhood sweetheart, two years ago. About ten months ago, Kenyatta submitted an application for Larry’s clemency.

On most days, Kenyatta can be found sitting in front of the Executive Mansion in Raleigh, participating in a vigil that seeks another chance for people who are incarcerated. She is not alone. Everyday, members of Decarcerate Now NC members maintain a vigil that started on November 4, 2020, and will run through January 1, 2021, calling on Governor Cooper to use his clemency powers to effectuate justice and redemption for the thousands incarcerated in North Carolina, including Larry Allred.

Without action before January 1, Governor Cooper could become the first governor in our state to end a term without granting a single pardon or commutation. In Larry’s own words, “Our state legislative leaders need to stand up and speak up. Are our state leaders about equal justice for all? Do our state leaders know North Carolina has a prison overcrowding problem? Are these leaders for changing or repealing laws?”

Governor Cooper has the power to save the lives of people endangered by being imprisoned during this pandemic. People standing in vigil outside of the Governor’s Mansion believe that redemption is possible. We have hope that our Governor will stand up for those who are incarcerated and the families and communities waiting to welcome their loved ones home. 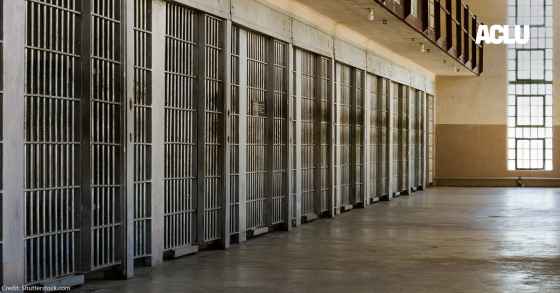 A Court Ordered NC State Officials to do More to Protect...

Decarceration and Crime During COVID-19

“How Am I Supposed to Get a Fair Shot? As a Black Man, the Odds are...

What the Supreme Court Can and Can’t Do About Mass Incarceration in...

Gang Injunctions Give Police a License to Harass Black and Brown...