RALEIGH, N.C. -  The North Carolina House of Representatives has approved House Bill 259 (HB 259), an elections bill containing anti-immigrant provisions that could improperly remove registered voters from the voter rolls and jeopardize the safety and privacy of community members who are immigrants. The bill includes identical language to last session's SB 250, which Governor Cooper vetoed.

“This bill, which is rooted in disproven claims that North Carolina’s voting rolls are full of undetected non-citizens, is unnecessary and discriminatory,” said Stefania Arteaga, Regional Immigrants' Rights Strategist for the ACLU of North Carolina.

Among its provisions, HB 259 would require the State Board of Elections (NCSBE) to identify and remove people from voter rolls who — at some point in the past — have been excused from jury service. This could result in legitimate, naturalized voters being flagged for removal from voter rolls as non-citizens.  Additionally, the names, addresses, birth dates, and other personal information of people included in data received by the NCSBE would become public record, accessible to anyone via public records request.

“Making the personal information of non-citizens a public record is dangerous and will likely lead to community members being targets of harassment and violence,” added Arteaga. “We urge lawmakers to reject this misguided law that will jeopardize the safety of immigrants and open the door for harassment of legitimate, naturalized U.S. citizen voters.”

In 2012, WRAL News conducted an analysis that found that “[c]omparing juror and voter information leads mostly to false or misleading matches.” The news organization reported that “every potentially fraudulent voter identified [in their analysis] was a U.S. citizen.”

“If enacted, HB 259 would unfairly subject immigrant communities to possible arrest and prosecution, putting voters of color and immigrant communities through a burdensome process to prove their eligibility that other voters do not face,” said Arteaga. “The state Senate should reject this bill that would endanger community members, and Governor Cooper should veto this bill should it reach his desk, just as he vetoed similar legislation in 2019.” 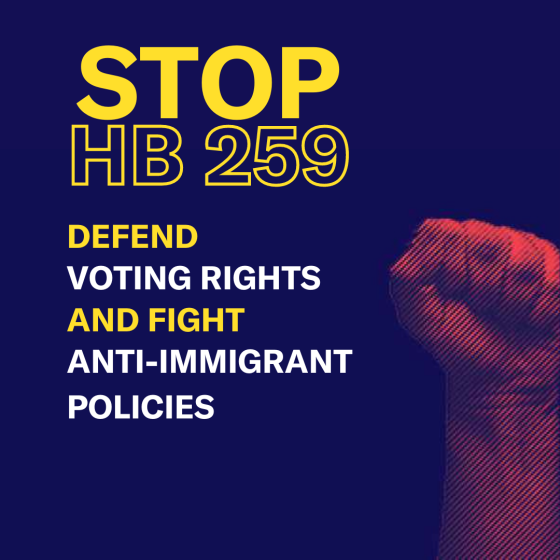 Redistricting is Starting — Here’s What You Need to Know