Since the 1960s, the ACLUof North Carolina has successfully lobbied for the repeal of segregation laws, the dismantling of the state's interracial marriage ban, and the integration of the North Carolina Bar Association. Today, we are continuously learning with and from Black and Brown people and communities to become accomplices for racial justice. We aim to preserve and extend constitutionally guaranteed rights to people who have historically been denied their rights on the basis of race.

We acknowledge the limits of constitutional protections in addressing the ongoing injustices that inflict nearly indescribable harm to communities of color. Working in coalition with partners across the state, we challenge racially biased law enforcement practices, voting restrictions, and other measures that disproportionately target communities of color for discrimination. Today, in pursuit of a world free of policies and practices that condemn racially minoritized people (those whose needs and lives are devalued because of their race) to premature death, we combat racism in the criminal justice system, ensure that constitutional rights are not denied on the basis of race, and seek to educate and empower the public on a variety of issues, including racism’s role in creating and maintaining the carceral state. 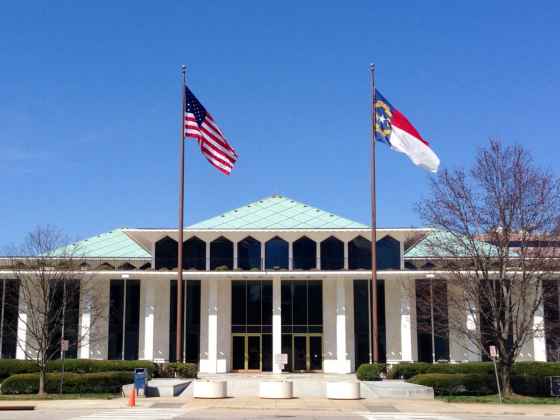 Asheville Passed Reparations. The Rest of North Carolina Should Do...

What Does the 2020 RNC Mean for Civil Liberties in Charlotte?