What is the Prison Reform Litigation Act?

The Prison Litigation Reform Act (PLRA) became law in 1996 and was designed to decrease the rate of prison litigation in federal courts. It was passed in response to a perceived increase in litigation brought by incarcerated people and coincided with a boom in prison populations resulting from the 1994 Crime Bill. Rather than address the conditions in prisons that lead to litigation—including overpopulation, abuse, unhealthy and unhygienic living circumstances—the PLRA makes it extremely difficult for incarcerated people to legally advocate for themselves, even when they have a strong claim of a civil rights violation.

Here are some important things to know about PLRA:

Being Poor and Incarcerated is Expensive

The PLRA significantly limits the ability of incarcerated people to defend their rights in court. That’s why we are filing amicus briefs urging judges to recognize exceptions to the PLRA that allow lawsuits challenging prison conditions to proceed. 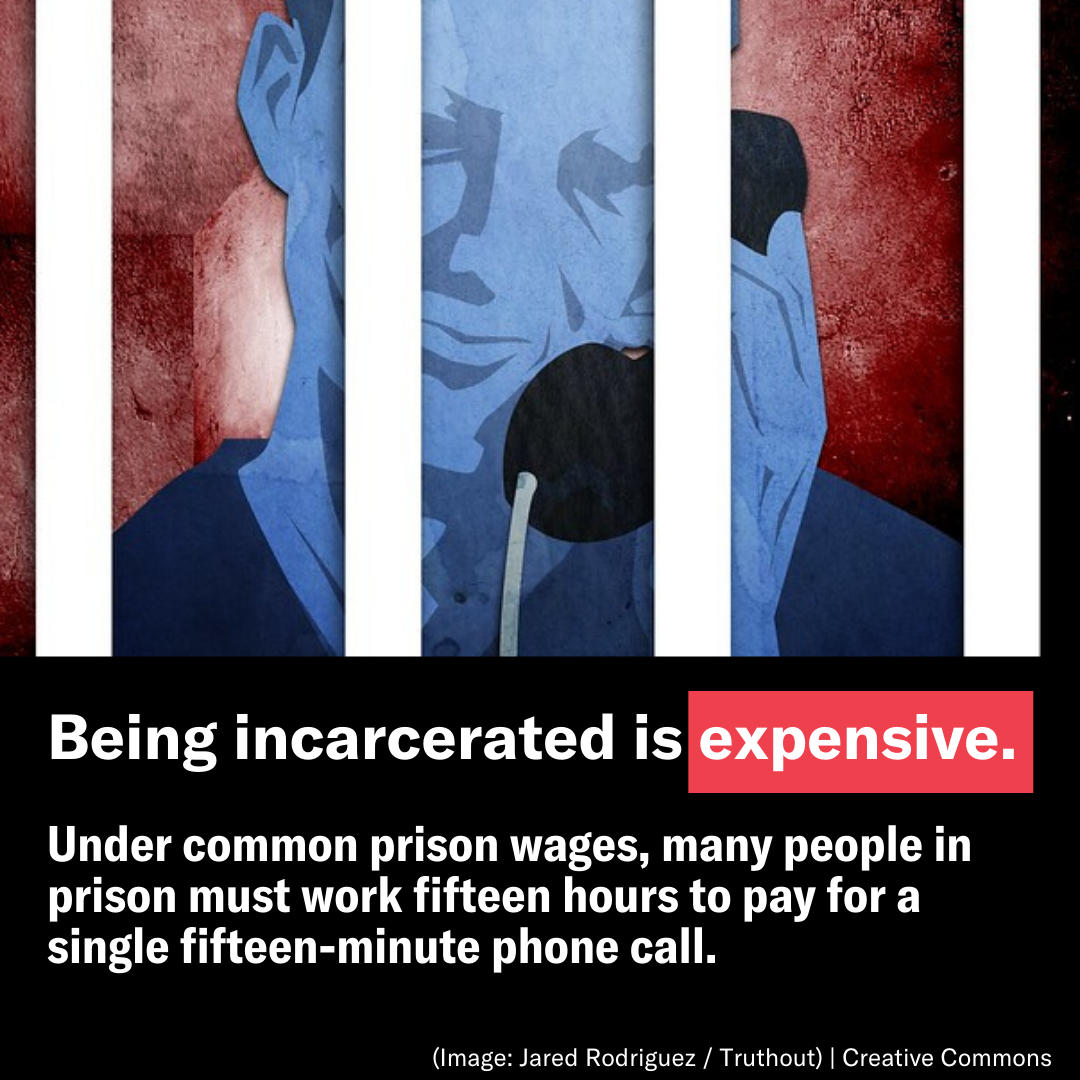 With “pay-to-stay” policies, many prisons charge for room and board which can range from several dollars to up to nearly $150 a day. These expenses, along with hyper-inflated costs for basic living expenses, are all the more brutal given the exploitative, extraordinarily low wages for work within prisons – the range of compensation for labor while incarcerated ranges only 14 to 63 cents per hour.

It is expensive to be incarcerated. Over the past several decades, “[e]very aspect of the criminal justice process has become ripe for charging a fee.” People who are incarcerated must pay filing fees when filing appeals or claims seeking redress for violations of their constitutional rights, even if they have limited or no resources. Filing fees compound with the steep expenses of being incarcerated, a burden that is costly for those who are incarcerated, and for taxpayers.

The PLRA makes the high cost of being incarcerated even more burdensome, something that Matthew Griffin and Charlie Hardin can attest to. 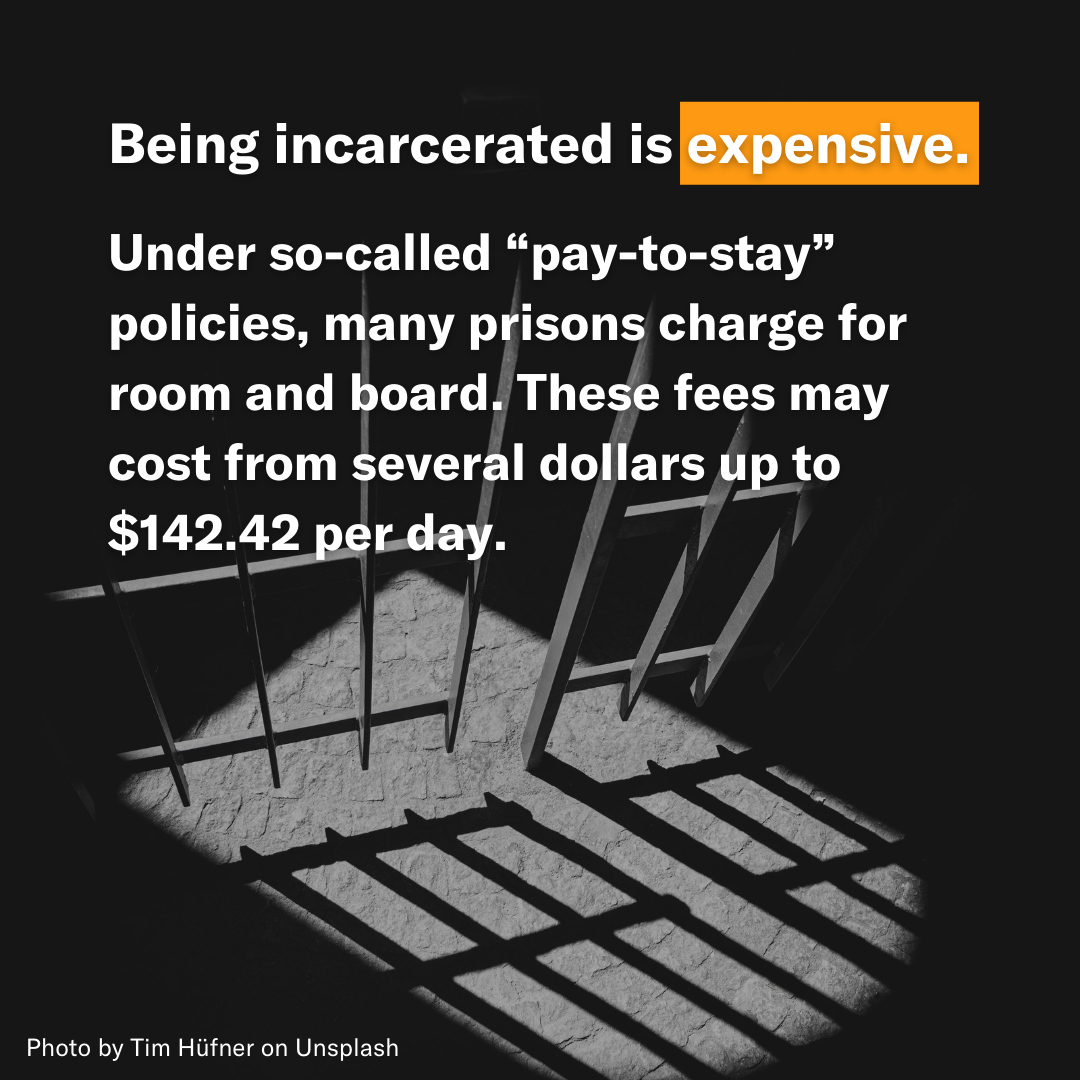 Matthew Griffin, who is visually impaired, was incarcerated in North Carolina in 2019 and was ordered medical accommodations, which were denied by the prison staff. Ignoring Mr. Griffin’s demands, prison staff sedated him involuntarily and, as a result, Mr. Griffin fell and dislocated his shoulder. Despite his serious injury, Mr. Griffin’s calls for help were ignored. He filed administrative grievances which were dismissed under the PLRA.

Charlie Hardin alleges that while incarcerated, prison staff allowed other prisoners to try to stab him. Mr. Hardin defended himself and as a result was placed in solitary confinement. Mr. Hardin wants to be transferred to a safer facility and seeks damages for his placement in solitary confinement. A district court dismissed a complaint filed by Mr. Hardin because he did not exhaust the grievance procedure before filing the complaint. Rather than permitting Mr. Hardin to amend his complaint, the federal district court in North Carolina ruled that he had to file a new suit–and pay the filing fee a second time.

Mr. Hardin and Mr. Griffin’s experiences illustrate the high, and at times, impossible costs of self-advocacy people bear while incarcerated. And they are not alone.

The high costs of court filings have a disproportionate, and harmful, impact on people who are in dire financial circumstances both before, during, and after incarceration. The burden of paying just one single filing fee is nearly insurmountable; the burden of paying two is cruel and unjust.

The ACLU of North Carolina, along with the national ACLU, ACLU of Virginia, Disability Rights North Carolina, Emancipate NC, Rights Behind Bars, and North Carolina Prisoner Legal Services filed an amicus brief supporting Mr. Hardin’s appeal of the lower court ruling. We argue that Hardin’s economic reality, and the realities of so many others not represented in this case, should inform the enforcement of PLRA regulations. Specifically for his case, the brief argues that the district court should have permitted Mr. Hardin to amend his complaint rather than file a whole new lawsuit and be charged a second filing fee.

If the district court’s decision is affirmed, it would effectively double the financial burden imposed on many incarcerated people subjected to filing fees. Given the scant resources and high costs of living in the custody of the state, two filing fees constitute a colossal amount that can prevent intervention on harmful, dangerous, and inhumane treatment in prisons. 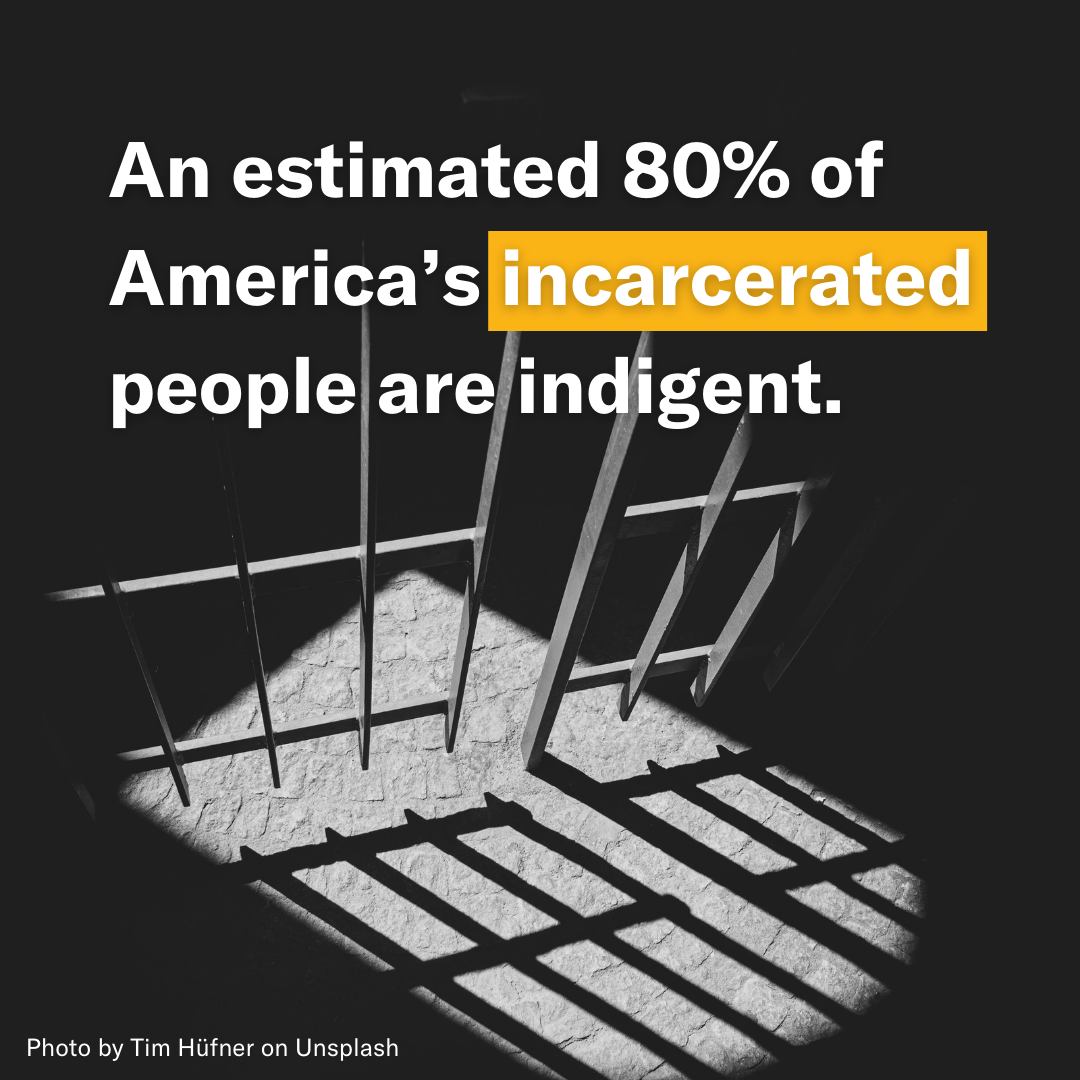 The district court’s decision would severely limit prisoners’ ability to seek redress for violations of their constitutional rights, regardless of the merit of their claims. An affront to Supreme Court precedent, the practice of limiting or entirely prohibiting the filing of grievances denies people who are incarcerated to challenge both their convictions, or the conditions of their confinement.

Far too often, poverty contributes to the circumstances that lead to people’s entrapment within the criminal legal system. Legislation like PLRA not only keeps people trapped, but it limits people’s ability to report injustice, violence, and neglect in prisons.

Read the Amicus Briefs filed by the ACLU of North Carolina

Some of the Costs Incarcerated People Bear

Most people in jail and prison are impoverished prior to arrest. After arrest, they are assessed booking fees and other costs. During incarceration, expenses mount, as institutions often charge prisoners for basic living expenses. Meanwhile, prisoners are paid extraordinarily low wages for work on prison jobs.

Separate and apart from pay-to-stay fees, incarcerated people are routinely required to cover the cost of basic items.

Although jails and prisons are required to provide a constitutional minimum for daily living, certain clothing, hygiene products, food items, and healthcare materials often must be purchased from a private vendor, through the prison commissary. One might assume that prisoners use the prison commissary to buy luxury or comfort items, but as Stephen Raher of Prison Policy Initiative points out, many are not.

If your only bathing option is a shared shower area, aren’t shower sandals a necessity? Is using more than one roll of toilet paper a week really a luxury (especially during periods of intestinal distress)? Or what if you have a chronic medical condition that requires ongoing use of over-the-counter remedies (e.g., antacid tablets, vitamins, hemorrhoid ointment, antihistamine, or eye drops)?

All of these items are typically only available in the commissary, and only for those who can afford to pay.

In Colorado … it costs an incarcerated woman two weeks’ wages to buy a box of tampons; maybe more if there’s a shortage.

Saving up for a $10 phone card would take almost two weeks for an incarcerated person working in a Pennsylvania prison.

Source: Wendy Sawyer, How much do incarcerated people earn in each state?, Prison Policy Initiative (April 2017).

Most incarcerated people cannot meet the costs of daily prison life. “80 to 85 percent of inmates now leave prison” in debt.

Federal litigation is costly. In federal district courts, the initial filing fee is $402: a base fee of $350 set by statute, with another $52 assessed as a miscellaneous fee. a person making 14 cents an hour—at the low end of average prison wages—would have to work 2,871 hours, or nearly an entire year of daily 8-hour shifts, without weekends, sick days, or other interruptions.

If a particular case were appealed, and necessitated $1,000 in transcripts and other record costs, the total cost of litigation would rise to $1,902. For people who work while incarcerates and earn 40 cents an hour, that price would require 4,755 hours of labor; at 14 cents an hour, it would rise further still, to 13,585 hours.

Even assuming that an incarcerated person worked 8-hour shifts, every day of the year, under either wage rate, the cost would take years to pay.